I wanted this cover to illustrate a series of waves, since "soundings" is a nautical term in which sonar is used to measure depth. And echoing connotes reflection and repetition. Even the scroll like feature around the subtitle mirrors itself in a reflection.

Here is the book description: "Poems sound. Poetry is the art of listening. In Echo Soundings Jeffery Donaldson brings together essays written over two decades, including reviews, think pieces, arguments and homages, that listen for and to major and minor voices in Canadian and American verse, both modern and contemporary. Echo Soundings demonstrates that every poem is a community of voices, a conversation, an exchange. Poets talk about the world partly by talking to one another. At times broadly speculative, at times meticulous in their attention to detail, Donaldson’s essays are united by a common concern for our habits of listening and how they might be fathomed by poetry’s deeper soundings." 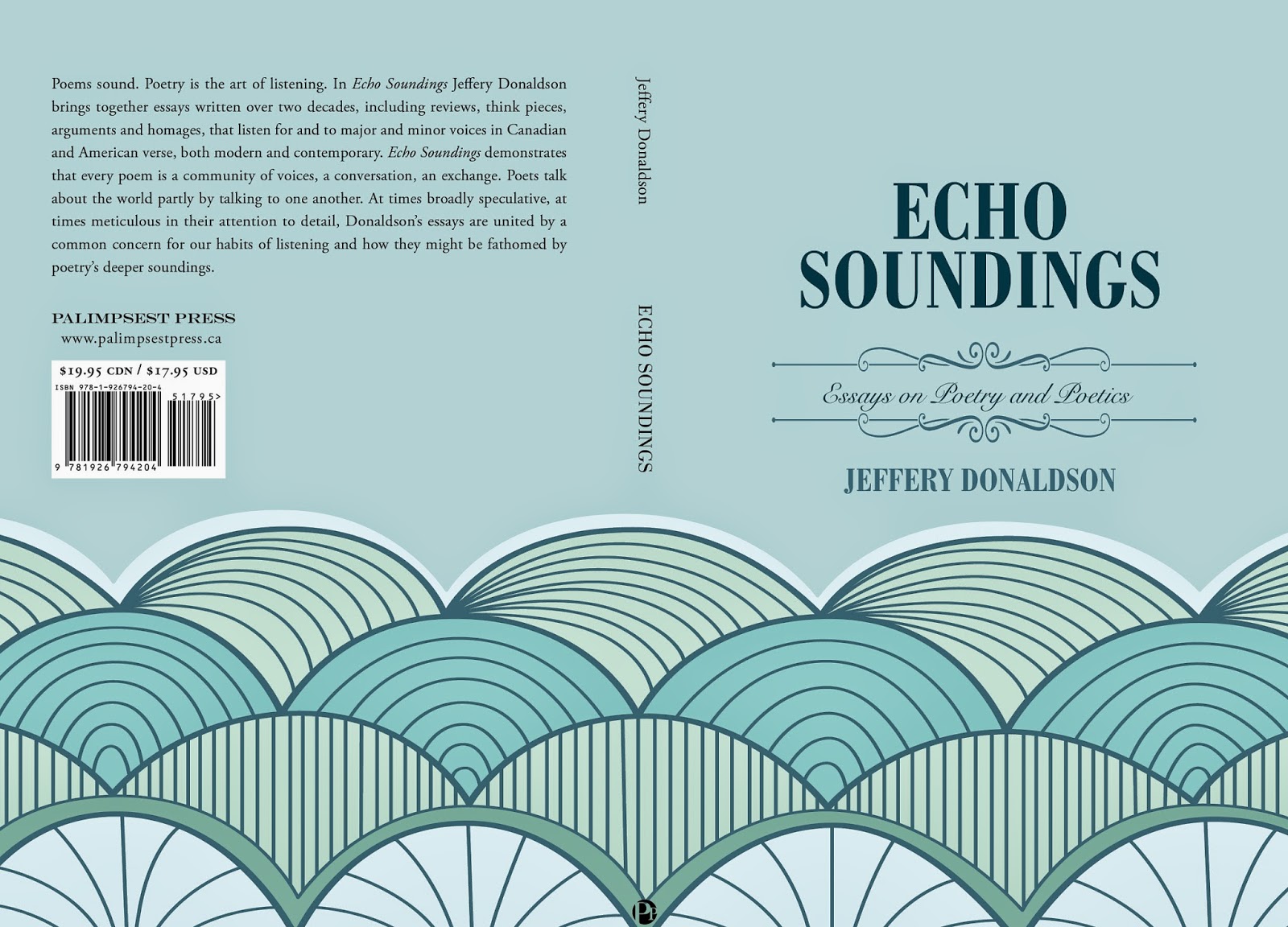 Labels: Book Covers, Graphic Design, Palimpsest Press
Newer Post Older Post Home
The only means of strengthening one's intellect is to make up one's mind about nothing, to let the mind be a thoroughfare for all thoughts. —John Keats