I read a recent article about book vending machines, and I thought what a great idea! If I can buy earphones and iPods in vending machines, why shouldn't I be able to buy a book? It seems, however, that this is not a new-fangled idea but one that has been around for awhile. Here is a model from 1947, the Book-O-Matic.

Recent models can be found in airports and in subways. I have even heard of libraries having versions where you take an old  book that someone left in the machine and in exchange you leave one of your own books.

And at the 2013 WORD book festival in British Columbia there were vending machines that dispensed poems. Read about the Poetry Project here: https://www.indiegogo.com/projects/automated-poetry-project-at-word-vancouver-festival#home

A Toronto bookshop, Monkey's Paw, created the BIBLIO-MAT. As the world's first vending machine to dole out randomly selected used books for the cost of a toonie, Stephen Fowler (the owner of the store) calls the BIBLIO-MAT an "antiquarian book randomizer."
What fun! 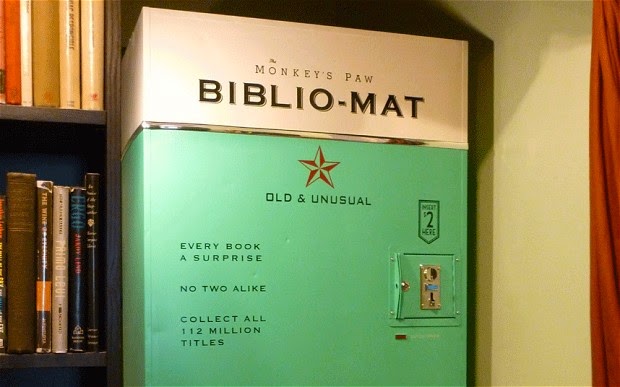 This still makes me laugh: cats imagined as fonts.

"Here are 20 fonts and the cats that clearly inspired them. This is a rare and important opportunity for cat fanciers and typophiles to find some common ground."

These are my favorites: 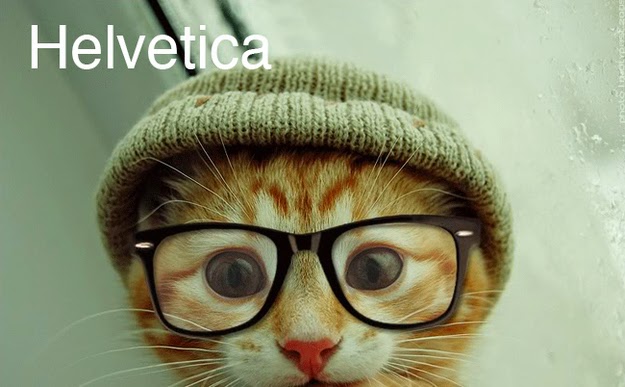 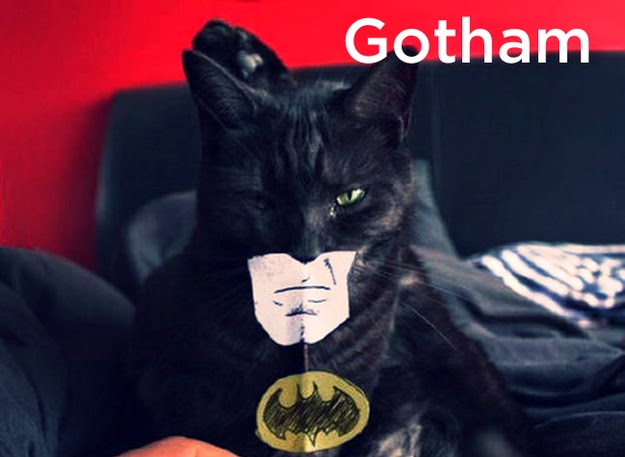 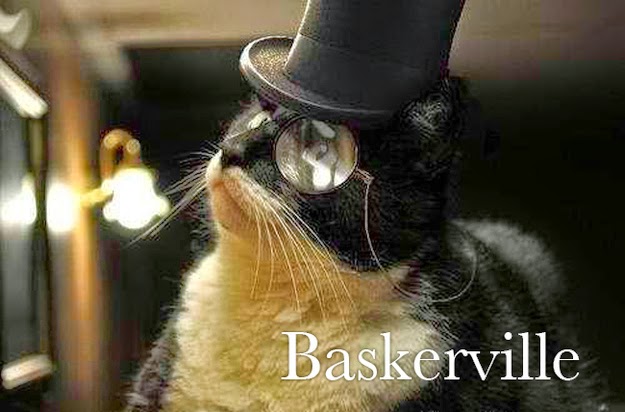 A review of Muse: 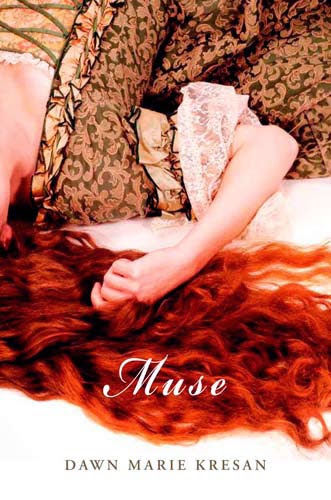 "Dawn Marie Kresan starts her collection Muse by offering us a brief biographical sketch of Elizabeth Siddal — and then Siddal becomes the central character in Kresan's opus...  Kresan doesn't limit the party to Pre-Raphaelite's like her husband and his crew, no, this discussion is opened up to a stove-weary Sylvia Plath and the ever loquacious Marilyn Monroe. Kresan is dead serious in her playfulness... Princess Diana, Anne Sexton and a score of other strong, dead, women of legend and passion pop up as Kresan hop-scotches her way through the culture of women and men, muse and mis-used. Kresan provides numerous and quite useful notes (something I generally highly disapprove of — but in this case it works and it is helpful) as well as a bibliography of source materials. And that may lead you to think that these works, this book, is academic in nature. It's not. The life of Elizabeth Siddal is re-imagined and given a new vocabulary by Dawn Marie Kresan. Siddal is a muse and vehicle for Kresan. The engaging conversation Kresan creates out of the mouths of these many female icons is as amusing as it is intelligent."

Read the entire review with some poem excerpts here: http://michaeldennispoet.blogspot.ca/2014/03/muse-dawn-marie-kresan_20.html

I don't know where I found this, but I had it saved on my computer and thought it too funny not to share. Delighting in the spirit of bad writing and youth, I throw my own high school writing into the mix. It doesn't contain a metaphor but it is ridiculous and cheeky. I wrote a lot of satire in my youth, and I always amused myself (if no one else).