Reading at the Windsor Public Library 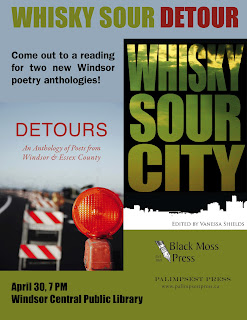 Pics from the Detours launch

Thanks to photographers Aimee Parent and Robert Earl Stewart. 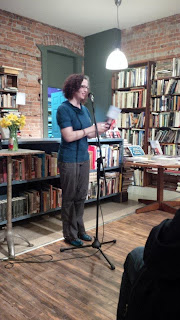 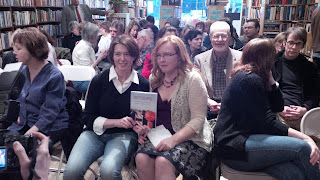 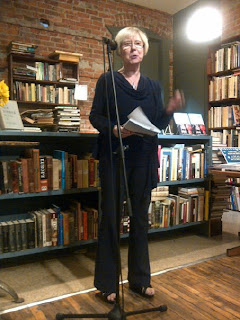 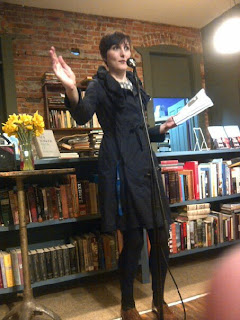 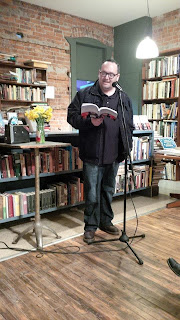 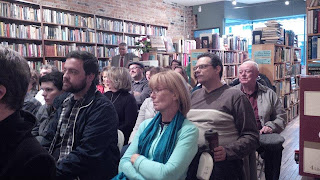 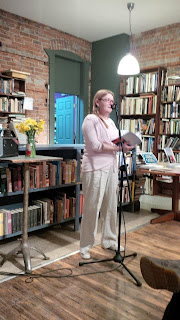 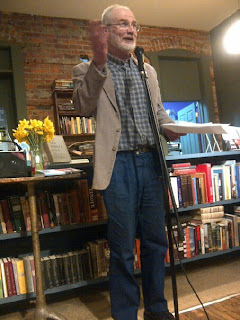 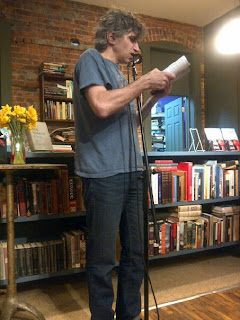 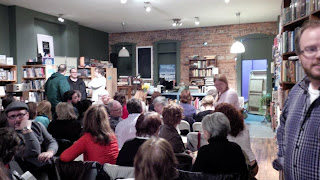 "The League of Canadian Poets (LCP) is pleased to announce the shortlist for the 2013 Raymond Souster, Pat Lowther and Gerald Lampert Memorial Awards. Congratulations to the authors for their fine submissions and many thanks to the jurors for their hard work on this year’s awards."


Winners of these awards will be announced during a special ceremony at the annual LCP Poetry Fest and Conference to be held at the Courtyard by Marriott Hotel in downtown Toronto on June 8, 2013.

The Detours anthology of Windsor and Essex Country poets will be launched at Biblioasis April 17th at 7pm. There will be several readings from the anthology and lots of festivities. Come out and support our local writers. Books will be available for purchase. 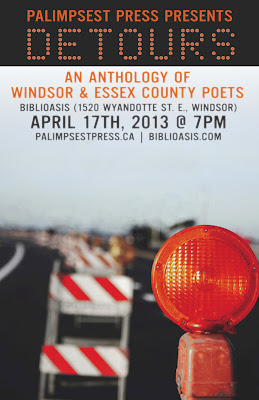 Labels: Biblioasis, Local Interest, Palimpsest Press, Readings and Events
Newer Posts Older Posts Home
Subscribe to: Posts (Atom)
The only means of strengthening one's intellect is to make up one's mind about nothing, to let the mind be a thoroughfare for all thoughts. —John Keats