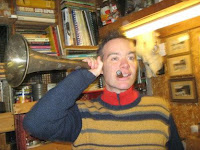 John Wall Barger was interviewed at the University of Tampere in Finland, which was published by Radio Moreeni. Listen to the interview through Soundcloud. He also reads poems from Pain-proof Men. Link below.

What would happen if typographers went Hollywood?

"LOS ANGELES—Helvetica Bold Oblique was the big winner at Tuesday's 73rd Annual Fonty Awards, taking home 11 statues, including those for Best Sans Serif and the highly coveted 2001 Best Font prize. Helvetica Bold Oblique designer Oliver Rudd accepts one of his font's 11 awards. The gala event, attended by the biggest names in the publishing and graphic-design worlds, was held at the Shrine Auditorium and followed by a post-ceremony bash at the recently refurbished Linn Boyd Benton Printing House. 'A million thanks to all the wonderful folks in the font community who believed in Helvetica Bold Oblique,' said an ecstatic Oliver Rudd, designer of the font, in his acceptance speech. 'Without your faith in my vision, I would not be here before you tonight. I'd also like to thank Helvetica Regular designer James T. Helvetica, the giant upon whose shoulders I stand. And, of course, the designers of the Visa Card Terms & Conditions booklet, who brought my font to the forefront of the American typeface scene this year.' With its victory, Helvetica Bold Oblique takes its place in a long line of Fonty-winning Helveticas. In the awards' history, three other variations of the typeface have won Best Font: Helvetica Condensed Light in 1960, Helvetica Ultra Compressed in 1981, and Helvetica Black in 1988"[...]

"Despite the plaudits heaped on Helvetica Bold Oblique all night, some questioned the academy's choice. 'A bold as Best Font?' said Christopher Rankley, editor of Typography Today. 'They may as well have handed the award to Chicago, for God's sake. Or, better yet, Chicago Shadow Underline.' Rankley said he was rooting for the more traditionally tooled Palatino—which snagged just one award, for Best Display Font—to take home top honors this year. 'Palatino is one of the most popular Oldstyle revivals in existence, blending classical Italian Renaissance letter forms with the crispness of line needed for 20th-century printing processes. Yet it has never won Best Font,' Rankley said. 'I think a lot of Palatino fans out there were thinking maybe this would be the year.' A common criticism of the Academy Of Fonts & Typefaces is that it is out of touch with the cutting edge, favoring fonts with mainstream, commercial appeal. Academy members have little awareness, detractors say, of today's more challenging fonts, such as the daring, highly ornamental Blackletter." [...] 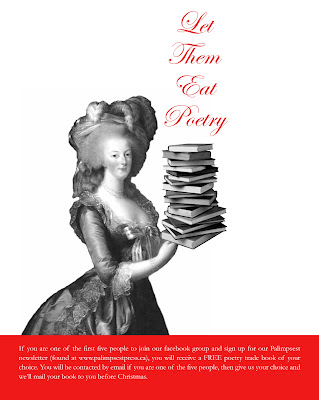