The beautiful flowers of summer 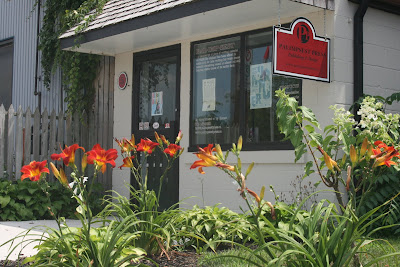 Posted by Dawn Marie Kresan at 11:11 AM Links to this post

A review of Turning Left to the Ladies

Published in Fernie Fix (July 2011) Part of the review can be found below, written by Angie Abdou. The on-line version can be found here.

"I could throw adjectives at Kate’s work (genuine, original, important, honest, brave, risky, and beautiful are the first to pop to mind), but instead I’ll recommend that you read it.

Start with Turning Left to the Ladies – a 2009 book of poems inspired by Kate’s experiences as a construction worker and carpenter in the 1970s and 80s when such labour trades were very clearly delineated as “men’s work.” Kate Braid was the first female member of the Vancouver union local of the Carpenters and the first full-time woman teaching trades at the BC Institute of Technology. Turning Left to the Ladies chronicles these years with cutting insight, sharp humour, and an ability to transform intensely personal experiences into art. These are not raged filled poems complaining of the hostility, the sexism, and the lewd sexual innuendo in the work place. All those things are present, but the poems surprise with their humour, humanity, and compassion – for all sides. Kate Braid treats a heavy topic with a perfectly light touch.

One could say that Turning Left to the Ladies tracks the immigrant’s experience – a woman immigrant in the world of men. She is a “Spy” in a nation not her own: “I parachute into man’s country/ hoist a beer in the bar as if a native.” But no matter how deft the female carpenter becomes at imitating the ways of men, she can never assimilate entirely: “It’s only a small slip under the radar/ when I turn left to go to the Ladies.”

Don’t, though, think this world of hammers and nails and lack of male hospitability will be one without music. There is music everywhere in these poems. Braid brings us the song of construction: “Got the rhythm, kid, you got it now?/ You’ve got to love a job that’s got/ this much rhythm,/ this much swing.”"
Posted by Dawn Marie Kresan at 9:34 AM Links to this post 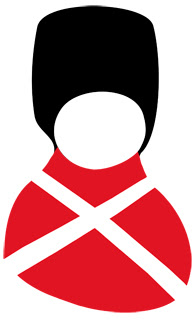 The Friends of Fort Malden, a non-profit group, hired me to create a logo mark for their organization. It had to be friendly and inviting, since their volunteers work with children much of the time, but it also had to pay homage to the military history of the Fort. The clients specified that they wanted a soldier, and he had to be in a military uniform appropriate for 1812.

Since 1988, volunteers have worked in conjunction with Fort Malden to create programs and special events that foster interest and help preserve the unique military heritage of the Fort. The annual Military Heritage Days are in August. Please come out to Amherstburg and get all fired up as you discover 200 years of military life. There will be tactical demonstrations by period re-enactors, military bands, and activities for the kids.

Art by the River will take place August 27th and 28th. It is held annually the weekend before the Labour Day and has grown into the largest Arts and Crafts show in Essex County. Stroll the grounds of Fort Malden and browse the selection of work available from over one hundred talented artisans from across Essex County and Ontario.
Posted by Dawn Marie Kresan at 1:46 PM Links to this post

Congratulations to Cynthia Woodman Kerkham, whose poem "In Praise of Mushrooms" has been selected for this year's Poetry in Transit Program. Soon her poem can be read on buses across British Columbia. The poem, found below, has been excerpted from her collection Good Holding Ground.

Here is what Patricia Young had to say about Cynthia's book: “Reading Good Holding Ground is like entering a lush and sensuous garden filled with fruit and flowers, animals and birds, bodies and sex, a garden at once in splendid bloom and in the process of decay. In thrall to the sounds and shapes of things, Kerkham crafts her words with exquisite precision. Yes, she says, there is regret and sickness and death but there is also healing and love and compassion. By turns, tough, tender, elegant and disturbing, these spirited poems address the complicated business of being human. A debut collection well worth the wait.”


IN PRAISE OF MUSHROOMS

My boot almost crushes domed towers dew-beaded,
sprung in the night through loamy ground,
knobbed umber caps on vellum stocks
frilled gills underneath to breathe in the deep.

Spores float like words,
take hold in the cold and wait
to bloom in the dark.
Posted by Dawn Marie Kresan at 4:23 PM Links to this post

The ReLit 2011 longlist has been released, and I am so happy to see both Palimpsest poetry titles there alongside with so many other great books. Congratulations to Elisabeth Harvor and Ariel Gordon. Palimpsest titles have made the longlist before, so it would be fantastic to see at least one make the shortlist.

The entire list can be found here. The shortlist will be announced at the end of August.
Posted by Dawn Marie Kresan at 9:25 AM Links to this post