A review of An Open Door in the Landscape

In Elisabeth Harvor’s An Open Door in the Landscape, the poems “open” on moments of narrative and lyrical intensity and humour. The collection is divided into sections without titles to focus theme and category, leaving the reader to ascertain the order and balance among poems. Rather than strictly by chronology or subject matter, the poems or clusters of poems are arranged according to some more subtle choreography of image and story, with longer narrative pieces interspersed with short lyrical poems. The poems are at once sensitive and honest in the ruthless way of adolescence, but often with the ironic perspective of hindsight and maturity that adds something funny or at least satisfying...

For a poetry collection that begins with adolescent ardour and romanticism, it ends on just the right note of self-irony. In “For: Dear Companion in Night Sorrow,” the speaker commiserates with a fellow sufferer in a neighbouring room left lighted all night, only to find out later that the occupant was in fact out of town, and so the speaker’s sympathy was misspent. Nevertheless, through the power of the juxtaposition and its effect as a foil, the poem ends on a true romantic note with the speaker in her bed reaching for the letter that has caused her own sorrow and led her in this way to project her pain on a stranger “night companion in sorrow.” This is a strong collection, romantic but never soppy, at times hard but always honest in feeling and sympathy, and sometimes even downright funny.

Read the entire review at The Prairie Fire Review of Books
Posted by Dawn Marie Kresan at 9:57 AM Links to this post

Originally posted in The Winnipeg Review. Read the post http://www.thewinnipegreview.com/wp/2011/06/posters-for-the-book-launch/

When I was ill, I never looked around at the hospital, a hospital that was dispensed to me in increments of freedom, and thought: I will write about this place. I looked at a mammoth painting of a malignant sun setting behind a blackening mountain, the word BELIEVE written in huge letters along a desert plain. Many newcomers have stopped at that painting, awed or annoyed. I passed by it, unaware, inert. I had nothing to believe in, only something to remember. The memory was simple: a memory of arrival. I was here, and I was not free. I needed poetry. I desperately needed sense.

Some writers would look upon committal as an opportunity. I’ve even read one deliberate account of committal (Voluntary Madness, by Norah Vincent) as an act of journalism. Being a loony is good material! I looked upon committal differently, for I was a doctor, accustomed to signing the forms that made incarceration legal. Standing in one of two day’s worth of clothes, I was reduced by irony; I possessed the irony of reduction. I looked upon the hospital as perhaps the last one on earth. The BELIEVE sign needed OR ELSE graffiti. But then this place was an or-elsewhere.

Yet I did come to write about the hospitals I frequented and lived in. As I made the effort to remember, I realized that I was shot through with belief: that the poetry I knew and had lived with had kept me alive, and that I never turned my back on it. I wrote about the link between mental illness and poetry, and it was only years later, after the book had arrived on my doorstep, and after plans were underway for me to launch it, that I realized I would have to go back into the hospitals as a strange emissary. Not as a doctor, which I’ve done many times since my release. In this case, I had no patient to treat. Not as a patient either, which I’ve done since too, albeit as an ambulatory one. As a poet, well, I didn’t have poems in my mind when I walked through the Homewood Hospital and the Guelph General Hospital that evening, copies of the poster for my launch in hand.

I walked through those hospitals as if I belonged in some other, new way.

I walked up the stairs to the Homewood, past smokers not obeying the minimum distance line. I pushed through two sets of entrance doors and I walked down the hall, past the reception area where security and secretaries keep the place safe. The floor was tile, the hallway green. Potted plants were installed at corners. Because the hospital consists of components, built as haphazard additions over the years, I walked down the next corridor, descending gently down. There were photos of previous inmates and staff on the walls, all in black and white. There were photos of several classes of nurses the Homewood had trained in the early 1900s. Some disturbed people were pictured standing over plants. Old doctors with moustaches looked sternly out, and past, the onlooker.

Still further to go. I entered another hallway at an angle. Just past where I had to turn was the library. It stocked my first book, a chapbook, a few weeks after I first became a patient. I believe I was quite ill, but well enough to migrate, and I asked to speak to the librarian. I have never asked a bookstore or library to stock my book after that first experience, but not because of that librarian, who looked on me then as an honoured guest— far better than I deserved. I had to be sick to ask her to get my book because I had other things I should have been doing and caring about, other sense-making things. But it did help that the book did come, and was something to touch. I kept coming back to it. I still look at it on the shelf, and consider it the best copy.

I turned and walked down a stairwell. There was another hallway. The walls were an institutional grey, the floor indestructible. The meeting rooms were numerous. Outside the largest of these, where I had spent over 300 hours over seven years, was a bulletin board. On this board the ill posted recovery group meeting times, phone numbers in case a voice was required, advertisements for local shelters. I had stared at this board on many occasions before I went into the appointment room. It is a kind of tea leaves: look at the board, see the swirling energies, the places people frequent in order to survive.

I placed my poster on the bulletin board. It announced the publication of a new book, Gunmetal Blue, with a Venn diagram of a heart and brain at opposite poles. I felt like writing graffiti on it: BELIEVE.

I walked out of the hospital and moved up Delhi Street. Just a few hundred metres on was the medical hospital. Situated on the other side of the street! This is the place I visit my patients who, mostly, are about to die. I recall my time in residency in Newfoundland, speaking to patients, many of whom conceived of hospitals as the place one goes to die. (In Ontario, hospitals are seen as places to get checked over.)

To get into the medical hospital, one requires access. The mental hospital is perversely freer. Once the mental patient is allowed to escape his small confines, he can roam about. In the medical hospital, areas are sequestered. No administrator wants patients and others frolicking around the MRI machine. I walked past the emergency department, past the radiology department, and towards the window that looked upon the parking lot still charging a quaint flat $6. Down a set of steps, these far wider than the mental hospital, and past a locked door requiring a badge to enter.

In the doctor’s lounge, there are very few posters on the bulletin board. The most recent rounds poster was there, as was a summer barbeque proposition. The hospital pharmacopeias demanded physicians take notice of a recent change of IV antibiotic policy. I affixed my poster to the board as an omen to myself. I knew that some would look at it and say, Can you believe this?

In asking that question, they would indeed know a part of me quite well. But not the part that walked into this hospital, on this day.
Posted by Dawn Marie Kresan at 9:26 AM Links to this post

The client wanted a logotype with a mark that would be elegant and organic looking. I chose a font that was graceful and sophisticated, and also had a curvaceous feel that mimicked the curvy lines in the heart. The heart is a symbol of affection and care, quite appropriate for a body and health spa. The shape of the heart is made organic by the stylized foliage. The spa itself displays vintage inspired wallpaper and this heart has the same damask look. The colours of the type are muted and calming, whereas the heart gives a pop of colour, a deep burgundy, which is a historically appropriate colour to the Victorian building the spa is housed in and also complimentary to the greens used in the logotype.
Posted by Dawn Marie Kresan at 11:25 AM Links to this post

Patron Saint of Bookbinders and Poets

Ever since reading the Deptford Trilogy, I have found hagiology fascinating. I recently came across Columba, who is the patron saint of poets and bookbinders, and inexplicably also invoked against floods. Born in Ireland, Columba was also a poet and is believed to have written the latin poem "Altus Prosator".

Best known for his love of books, Columba went to great lengths to obtain or make copies of valuable manuscripts. In 540 his first master procured a copy of St. Jerome's Vulgate. Columba got permission to view it and made a copy of it for his own use. His master, Finnian, on being told of this, laid claim not only to the original but also to the copy. Columba withheld this copy, made by his own hand, and the question of ownership was put before the King of Ireland. Columba lost, the trial ending with King's decree: "To every cow her calf, and to every book its son-book" (an interesting early case of copyright infringement).

Columba's skill as a scribe can be seen at the Irish Academy, where the oldest surviving example of Irish majuscule writing and the earliest existing example of a Celtic illuminated manuscript is on display.
Posted by Dawn Marie Kresan at 10:28 AM Links to this post 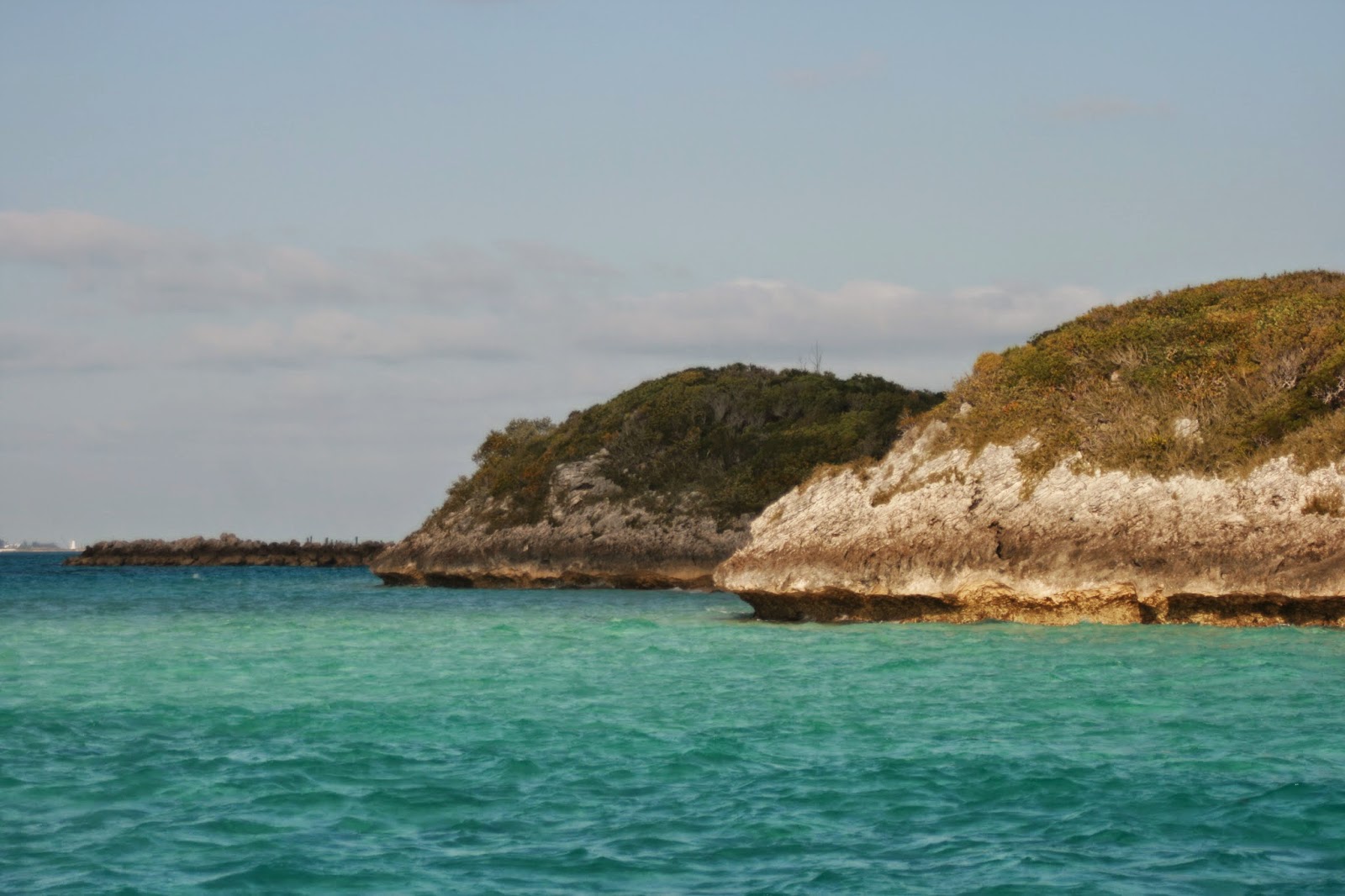 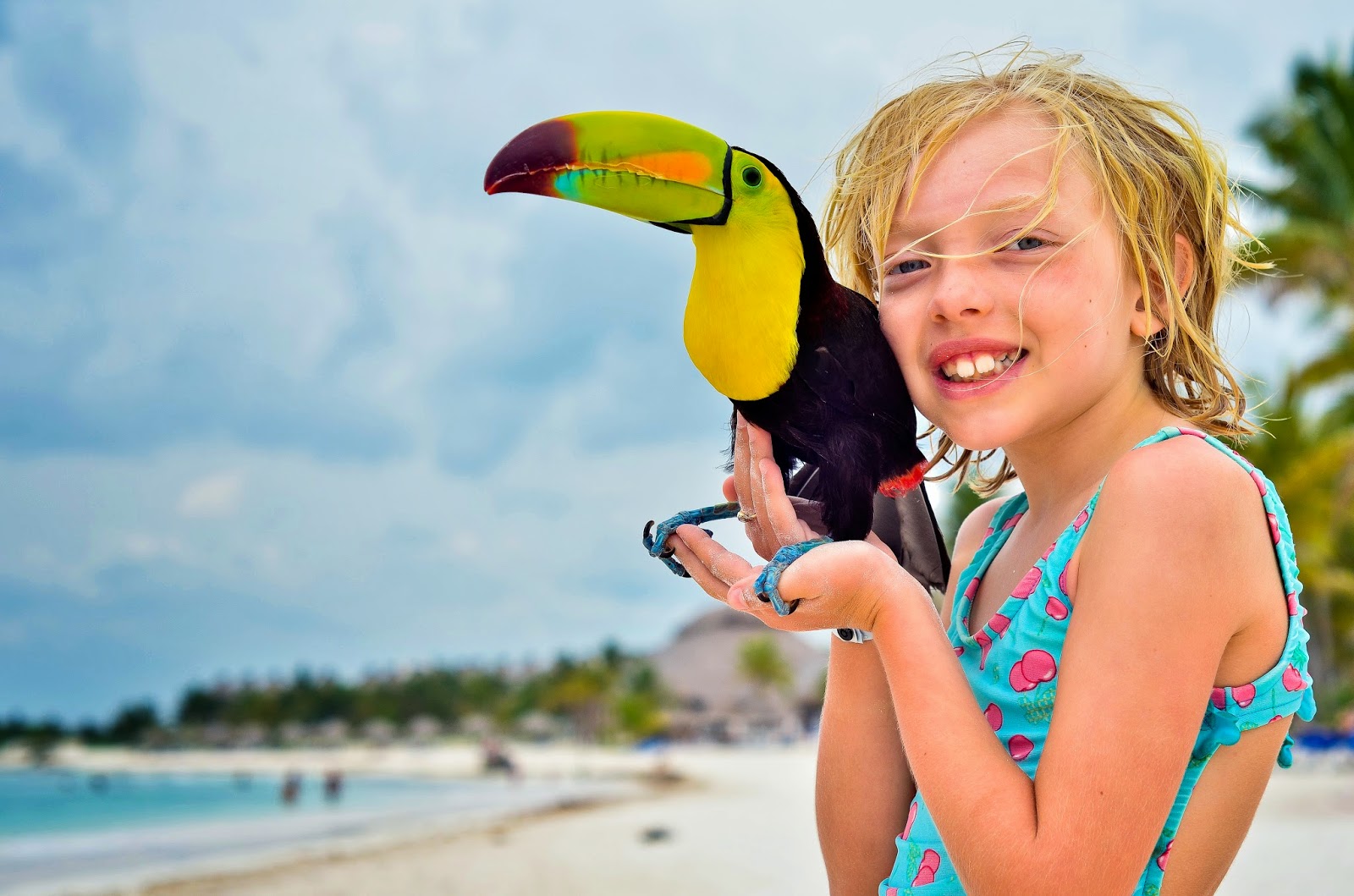 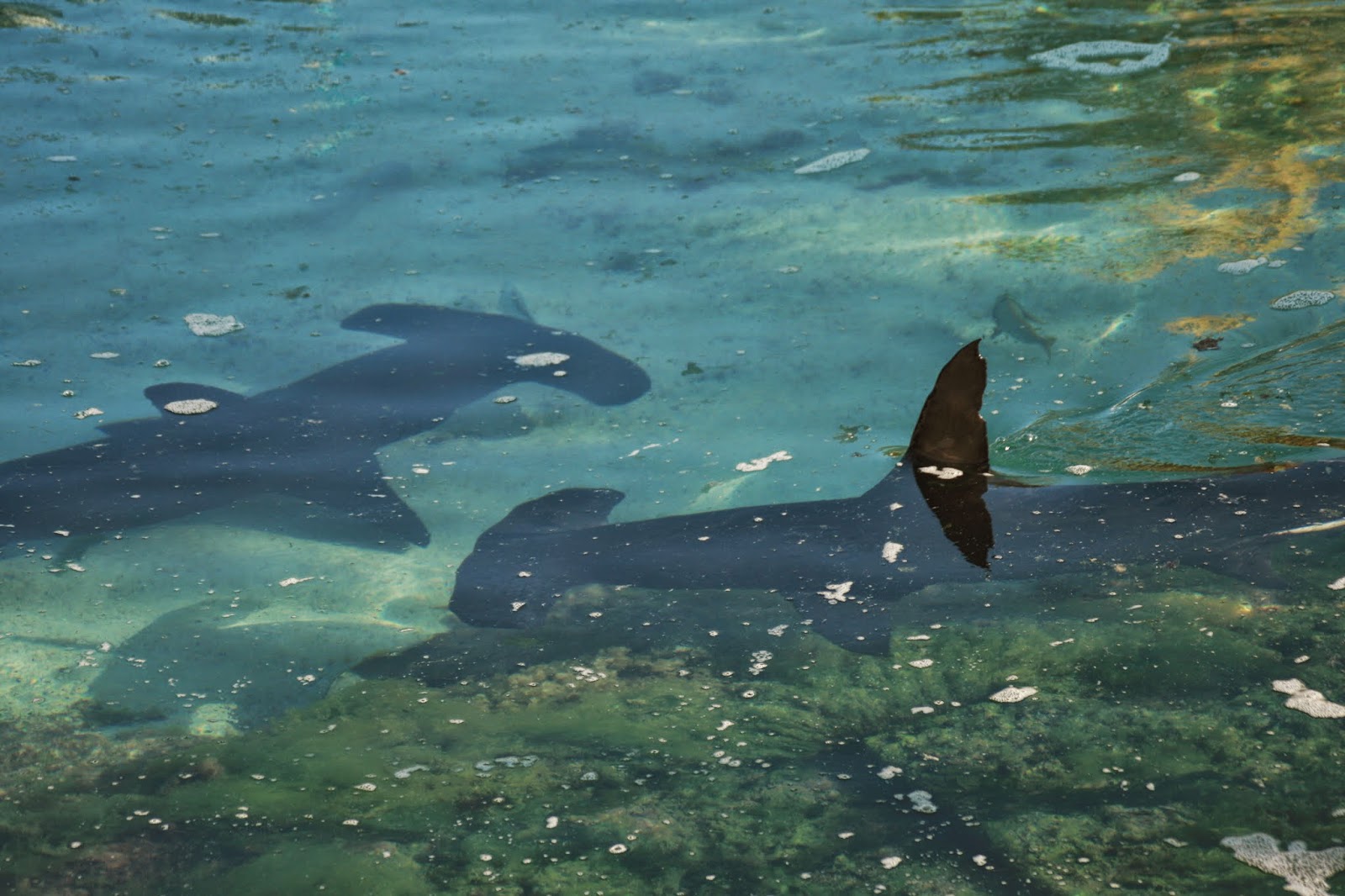 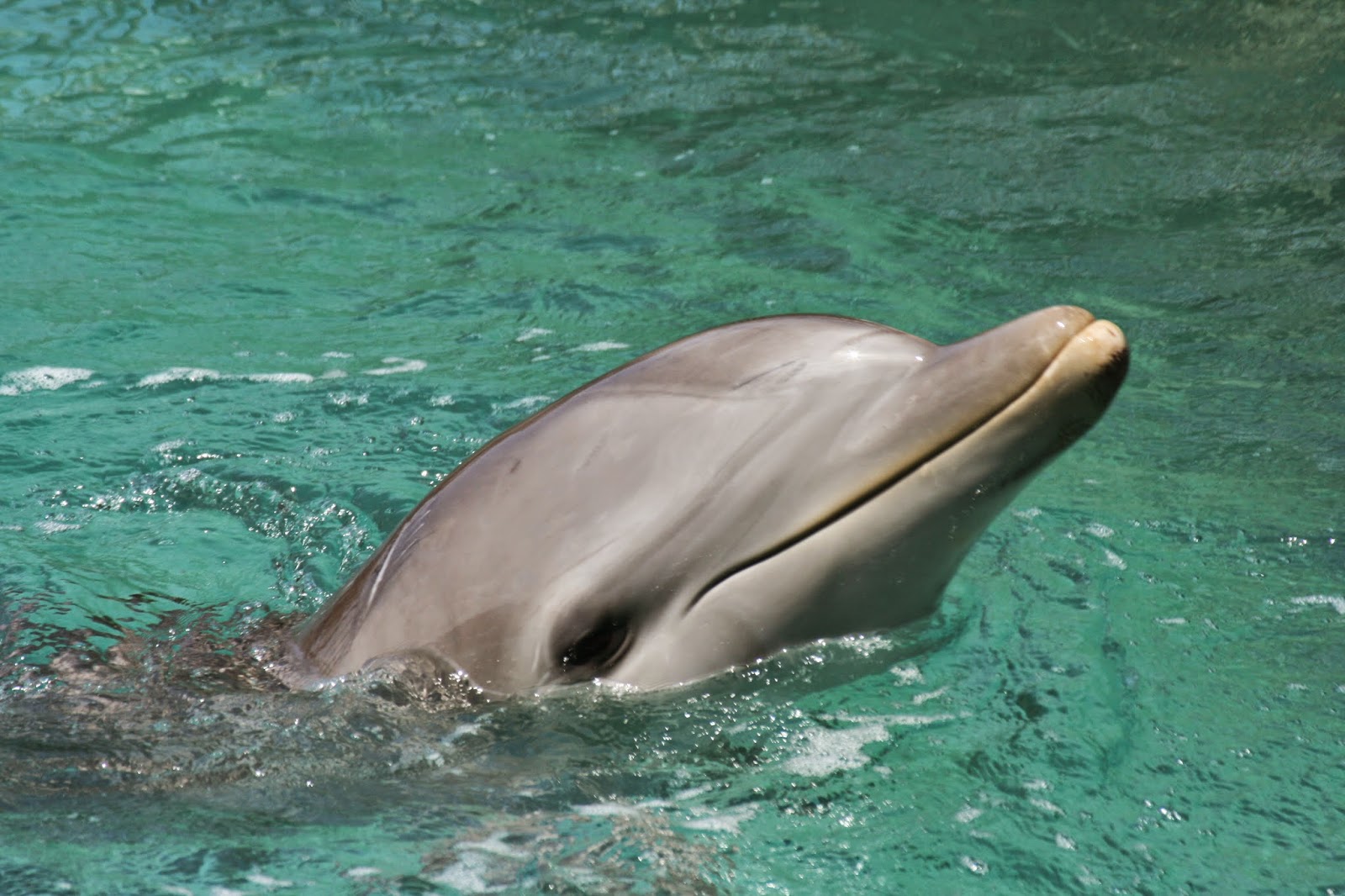 Posted by Dawn Marie Kresan at 9:54 AM Links to this post

Labels: All Things Aquatic, Photography
Newer Posts Older Posts Home
Subscribe to: Posts (Atom)
The only means of strengthening one's intellect is to make up one's mind about nothing, to let the mind be a thoroughfare for all thoughts. —John Keats