These broadsheets of Ariel Gordon's poems were created by Julia Machaud of http://www.instantnoodles.ca/ 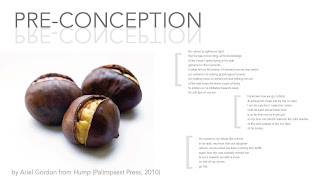 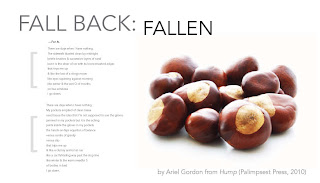 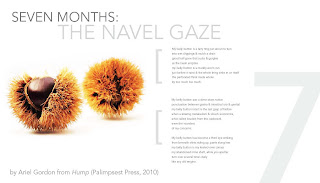 Posted by Dawn Marie Kresan at 9:41 AM

Reprint: An interview with Aislinn Hunter

Read the entire interview at
http://www.openbooktoronto.com/news/ekphrasis_with_aislinn_hunter


Open Book:
Why were you interested in guest-editing this year's Arc Poetry Annual, which called upon poets to submit work that responded to visual art and visual artists to respond to poetry?
Aislinn Hunter:
I’ve often attributed my own sense of "becoming a writer" to two experiences: living in Ireland when I was 17, 18, and my art history education at the University of Victoria a few years later — all those notebook jottings that were a mix of proper lecture points and rough drafts of poems. Elaine Scarry writes about this kind of experience via the idea that beauty brings copies of itself into being, stirs up in us a desire to describe or draw it. I’ve long had a sense of how my own engagement with art made me want to write, but I was curious about how that compulsion or relationship to art or beauty might be understood or articulated by other writers.
OB:
Did your work on this edition of Arc change or expand your understanding of ekphrasis?
AH:
I think it expanded my understanding of the complexity of the ekphrastic act. What I love about the issue is that it doesn’t explicate as much as it demonstrates. In the end it sort of shows forth what this act of translation, or derivation, or insistence is. The chain of art and poetry (which was Anita Lahey’s idea) is really wonderful — it demonstrates how artists and writers right here and now are reading, seeing and rearticulating each other’s vision. I have to admit that as someone who spends a fair bit of my museum and gallery time abroad I sometimes forget how vital ekphrastic art is right here and now in 21st century Canada.
OB:
What is it about the dialogue between written and visual arts that you find so rich? Can you point to a couple of poems in the issue where you see this exemplified particularly well?
AH:
When ekphrasis is done well I think it exhibits an extra dimension — not just art / poem or artist / poet (or all of those) but also reader and world — a supplementary context. My favourite poem in the issue is probably Nick Thran’s "David" because it exemplifies this so beautifully and in a way that seems, at first glance, simple. We get the poem addressing the painting, the poet referencing the artist, but then we get this glide into context or meaning that adds the world the reader lives in and knows a bit about. I love the Anne Simpson "Flood" poems on Betty Goodwin’s art for a different reason, for how much space (or canvas) they leave for us readers to put our own world in.
I’m using the magazine as a textbook in a first-year creative writing class at Kwantlen University where I teach. The "David" poem the students can discuss pretty easily — even though the discussion is complex; the "Flood" poems affect them just as much, but they feel them more than they can say them. In this way some of the poems in the issue seem to me to be about external dialogue — like the "David" poem or the playful poems by Gillian Sze — and some about internal, less articulated confluences and ruptures, like the "Flood" series and Jan Conn’s lovely poems. Expression, impressionism in a way.
OB:
Do you engage in ekphrasis — which you describe as an act, a gesture, not a genre — often in your own work? How does it change the writing process for you?
AH:
Both my books of poetry reference art or artists — Monet, Goya, William Morris, Jack Yeats, Paula Modersohn-Becker, Seán McSweeny. There’s a poem set in the Louvre, one set in a natural history museum. One of the characters in my short story collection, What's Left Us (Raincoast), is an artist who paints. There’s a chapter in my novel Stay set at the Hugh Lane Gallery in Dublin where a Yeats painting is the vehicle for meaning. I have a whole piece in my book of lyric essays on Samuel van Hoogstraten’s 17th century “Peepshow with Views of the Interior of a Dutch House” from which my book takes part of its title.
Art, as I tend to write about it (and understand it), carries meaning or gestures forth, which is why I think of ekphrastic acts and experiences as occurrences and not as finite models or fixed modes. I’m in the throes of a novel now and it’s set in a museum in London, so a lot of these engagements are thematically at the forefront of my thinking and process.
I’m also halfway through a PhD at the University of Edinburgh on resonance and beloved objects. So it’s not "art" just now but "things" that I’m thinking about, though the questions and curiosities are the same: how do things resonate? what is resonance? what is the thingness of the thing? what modes of "giveness" (to get all Heidegger-y before noon) are inherent to the thing itself? One of the repercussions of this line of engagement is that the material world in the museum of my novel matters more than it would normally. It’s not a backdrop — objects "world". The struggle in attempting to write this way is that maybe the characters suffer, aren’t busy enough. I’m looking at that in revisions.
Posted by Dawn Marie Kresan at 11:01 AM 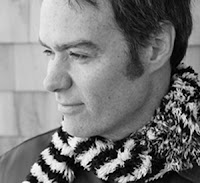 "the poems sing through a maze of faceted opalescence that tends toward brilliancy."

Read the entire review at http://ojs.lib.umanitoba.ca/prairie_fire/article/view/98/8
Posted by Dawn Marie Kresan at 10:11 AM

Review of An Open Door in the Landscape

Rare is the writer who excels at both fiction and poetry. Harvor, however, makes the cross-genre leap look effortless. Her preoccupations in An Open Door in the Landscape are the same as those of her earlier work: love, obsession, betrayal, longing. There is a startling intensity about all of her work that is especially at home in poetry. Also, the poems in An Open Door take full advantage of Harvor’s disquieting ability to describe the details of everyday life with such originality that the ordinary is no longer ordinary.

Letters permeate this collection. People drafting letters, people mailing letters, people waiting for letters. Letters received. Letters never sent. These missives allow Harvor space to explore human communication and, even more so, human miscommunication. They also give her the opportunity to question how much truth of a person’s life can be captured on the page and how much writers must mine the lives of those around them in order to compose work that is plausible, compelling, and meaningful...

Read the entire review by Angie Abdou at http://www.ferniefix.com/article/open-door-landscape-elisabeth-harvor
Posted by Dawn Marie Kresan at 3:06 PM

Magpie Books is a children’s books imprint. Since I am the publisher I know who my market is and as a designer I know what works graphically. For the logo I wanted something that would appeal to children while not looking overly childish. As an imprint of Palimpsest, the logo had to express design excellence since Palimpsest takes that as part of its mandate.

In the logo the Magpie is seen flying, as part of the marketing strategy uses the tag line “Let imagine take flight.” The Magpie is known for its beautiful blue and white wings and so these characteristic colours have been added. The tail end of the bird has been rounded so the logo will easily fit on the spine of a book without distortion.

For the logotype I used a kid-friendly font that had enough weight that it looks good while tucked beside the wing. There is a lot of versatility in how this mark and type can be used, either singularly or together.
Posted by Dawn Marie Kresan at 10:00 AM 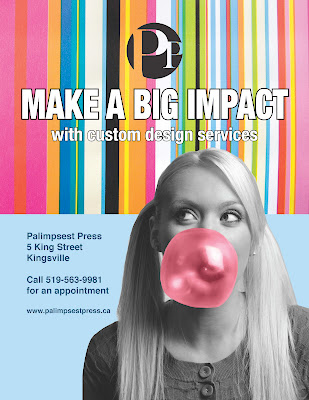 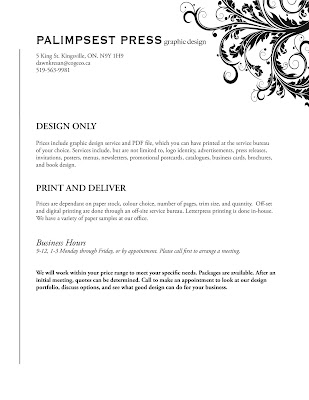 Labels: Book Covers, Graphic Design, Logo Design, Palimpsest Press
Newer Posts Older Posts Home
Subscribe to: Posts (Atom)
The only means of strengthening one's intellect is to make up one's mind about nothing, to let the mind be a thoroughfare for all thoughts. —John Keats