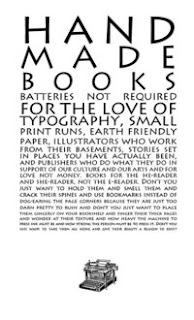 With the air abuzz with discussion about the art of the book versus digitization, the LPG has decided to focus on celebrating where brick and mortar books excel at bringing the reader a special -- and unparalleled -- experience. Books that feel good in your hands. We're talking heavy paper stock, intricate design and illustration, over-the-top typography, offset printing ... all those things that book geeks like us care about on top of straight-up impressive content. Titles that are gorgeous inside and out.

A squirm of caterpillars on a tree. 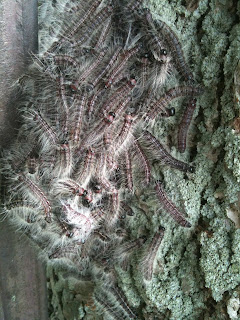 A handsome fellow. I named him Wilbur, as I do with all the toads I find. 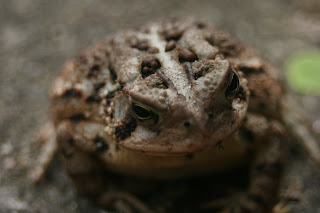 A chickadee about to take flight. 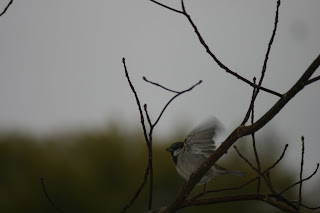 The stag with a spear in its side. The protean, ailing numen of masculinity. Twenty years have passed since Robert Bly’s Iron John was published to great controversy, and many books delineating the masculine wound and its attendant doubts have since followed, all reappraising what it is to be male. To this list, John Wall Barger adds his first poetry collection. Pain-Proof Men is crowded with the personas of men singing through pain, some lowly in failure, others errantly in praise. The title, a translation from Arabic into English of the word fakir, according to the book jacket, is a fit gable for the collection, suggestive of theatrics, of disguises—clowns, sailors, scarecrows, actors, fathers, lovers, sons—for the limping male. Located variably in the first or third person, these are confessional, lyric-narrative poems with traces of surrealist influence. Barger has an ear, so all pieces have that musical buzz, the rig-a-jig of craft.

Barger’s use of assonance and consonance stitches “Canvasmouth” together with something of the scarecrow’s hang-together tilt, its poor body, which is the male body, an analogy he complete with fatalist suffering: “New flesh dress. / Lightning in the nails. He looks down / at the torment. Skin’s a loose fit. And this loneliness. Am I old? He steps calm as a dream […] past the awful birds that pecked his straw / every day since he was made.” This diction, this character, stays with us, the closing chord of a well-wrought tune. The poet has given us more than craft, he has given us content.

The entire review can be found in The Malahat Review no. 171

Posted by Dawn Marie Kresan at 9:32 AM 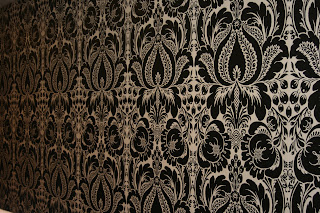 Sage paint for the room which will eventually become the letterpress studio. 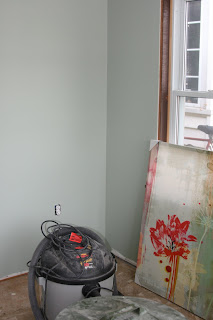 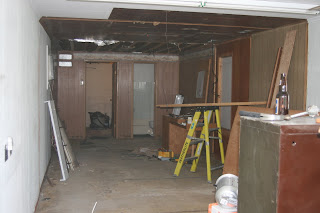 Labels: Office Renovation
Newer Posts Older Posts Home
Subscribe to: Posts (Atom)
The only means of strengthening one's intellect is to make up one's mind about nothing, to let the mind be a thoroughfare for all thoughts. —John Keats