“Barger does not disappoint. Pain-Proof Men captures wonderful snippets of contemporary Halifax in all its salty, hardscrabble glory, even as it explores the poet’s own harsh inner world.”

“Whether alone or in the company of his old dog, Ruka, on The Common, or at intersections ("Corner of Creighton & Falkland," a short, sharp piece), readers occupy the city's exterior and Barger's interior, witnessing how one fits and fashions the other.”

“Along comes John Wall Barger with this series of stream-of-consciousness vignettes, within the imagist tradition but not squarely… just crystal pools of rare insight.”

—Voice Magazine
Posted by Dawn Marie Kresan at 10:46 AM Links to this post

If there is one book I would recommend as a working and accessible example of the ‘postmodern’ in literature, it would be Aislinn Hunter’s A Peepshow with Views of the Interior: Paratexts… It is a book where content and form come together, where the separations between ‘highbrow’ and ‘lowbrow’ are erased, and where the author is not afraid to go from the intensely personal to the mathematically objective… In many ways, this is a book about attempts at a special type of communication, the various ways in which words try to capture the objects of the external world, and how these attempts will always be in some way or other on the outside, never getting to the actual ‘body,’ the object-as-it-is. That is, the centre is missing, as paralleled in the structure of this book… At times, the book is dense and intense, at others, clever and filled with indulgent puns… Just about every page of this book provides a new insight into the world of language, imagination, the I and the other…

Reprint: An Interview with Alessandro Porco

Read the entire interview at

http://www.openbooktoronto.com/interviews/ten_questions_with_alessandro_porco
Open Book: Toronto:
Tell us about your latest book.
Alessandro Porco:
Most recently, I edited a collection of essays on Montreal writer David McGimpsey. Population Me: Essays on David McGimpsey is published by Palimpsest Press (2010). It includes a critical introduction (which I authored) as well as nine essays by a variety of scholars and poets. The essays examine how issues of nationalism, class, aesthetics, humor, literary history, and even love play out in McGimpsey’s work. An extended interview with McGimpsey concludes the book.
My latest book of poetry, Augustine in Carthage (ECW Press), was published a couple of years ago now. It’s a small assortment of poems I wrote over three years, from 2005-2007. There’s the title long poem, which re-imagines Book III of St. Augustine’s Confessions in present-day Montreal and includes everything from philosophizing strippers to rabbit holes and coprology. The book also has a short sonnet sequence, some translations, a ghazal that uses the preposterous “cherry pie” as its repeated key-phrase and a series of 21 dirty limericks.
OBT:
Did you have a specific readership in mind when you wrote your book?
AP:
I hope Population Me finds its way into the hands of readers with a general interest in contemporary Canadian literature. The essays are smart and jargon-free, a good introduction to the many elements at play in McGimpsey's writings. Since McGimpsey’s work is taught in universities across America, I especially imagined that students — undergraduate and graduate — may have some use for the collection.
As for my own poetry, well, is it a cop-out to say I write for everybody and nobody at the same time? Here’s a more matter-of-fact answer: given the sorts of poems I write and given the demographic make-up and, by extension, dominant sensibility of contemporary Canadian poetry readers (ostensibly its writers), my guess is that my readership isn’t my peers. That said, I’d like to think my poetry — if it succeeds — is capable of creating an otherwise unlikely or previously unthinkable collective of disparate readers.
OBT:
Describe your ideal writing environment.
AP:
I love hotel rooms. In general. But especially for writing. My ideal writing environment is one that I have control over. I rarely have control. Chaos always knocks on the door, announcing itself: “Housekeeping!”
OBT:
What was your first publication?
AP:
My first book was published in 2005. It’s called The Jill Kelly Poems (ECW Press). I wrote most of the poems when I was twenty-two, twenty-three. I don’t regret publishing those poems (yet), and am extraordinarily thankful that Michael Holmes thought enough of them to call me up and say, “Hey, we’d like to publish your book.” People still ask me about the book five years later — and have strong opinions about it, which they’re always willing to share with me, for better or worse.
Returning to question two, that book introduced me to a readership I’m not likely to ever come across again: the book was reviewed in AVN (Adult Video News), the trade magazine for the porn industry. I was asked to read poems at the first Canadian Feminist Porn Awards (organized by the fine people at Toronto’s Good For Her — one of the managers saw me perform somewhere and invited me to participate in the event). At that event, Village Voice sex columnist, porn director and actress, and educator Tristan Taormino introduced herself, saying she’d read my book. That was awesome. I bought a copy of her House of Ass, which she signed for me: “With love and lube.”And that’s the story of my first publication.
OBT:
Describe a recent Canadian cultural experience that influenced your writing.
AP:
Leaving Canada. I mean that in the best possible way. I love my passport.
Posted by Dawn Marie Kresan at 10:50 AM Links to this post

I took these photographs at the local horse parade. 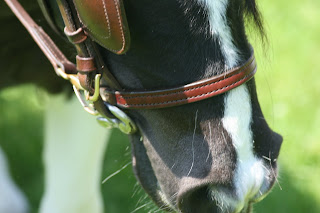 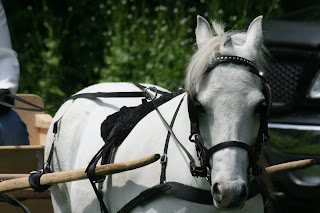 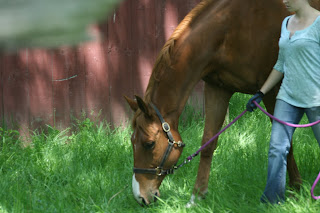 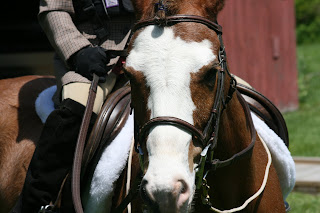 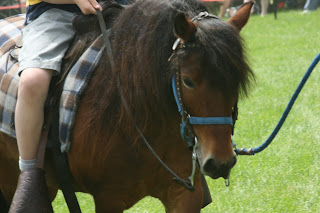 Posted by Dawn Marie Kresan at 6:44 PM Links to this post

For the last decade, Palimpsest Press has been operating from my cramped basement. Besides the lack of space and chaos of papers, there is also the problem of storing books in the damp cavern frequently referred to as my house's basement. My letterpress is in the laundry room and my boxes of type share space with the cat's litter-box. I was more than a little excited about the prospect of having real office space, a space where domestic and office duties were clearly delineated. No more loads of laundry in between proof reading. In June my dreams were realized. Now I just have to tear down all of the interior and build something new. 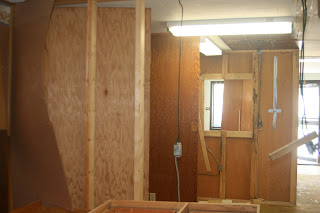 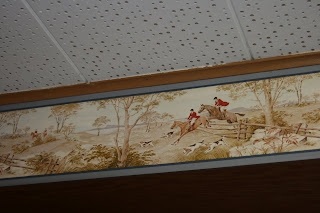 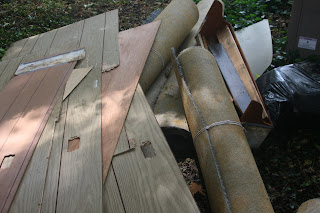 Posted by Dawn Marie Kresan at 7:26 PM Links to this post

Labels: Office Renovation, On Publishing
Newer Posts Older Posts Home
Subscribe to: Posts (Atom)
The only means of strengthening one's intellect is to make up one's mind about nothing, to let the mind be a thoroughfare for all thoughts. —John Keats