In his review, Allan Twigg writes: "...In this finely-wrought memoir, she recalls how she felt intimidated, other times privileged, other times supported. She learns the beauty of men; and she sees their failings. Men have posters of naked women in the lockers. She sees how they can treat women like hunting trophies. 'Mine is the experience of prey, of the fish and the deer, of being entered into, of a space within meant for welcome.' Turning Left to the Ladies refers to that awkward moment after work, when everyone is raising a pint, when she feels she has parachuted into male territory, when they are talking shop, and she slips away from the raucous camaraderie and deftly turns left, entering the women’s washroom, 'only a small slip under the radar'...

This is mature, reflective, investigative writing that ventures far beyond self-glorification. There is much to be learned from men, beyond reading blueprints and banging nails. Braid muses on the need for more women to write and talk overtly about their own private parts, the way men do. 'Here’s a toast to our pink taco rose garden our Southern belle tongue magnet wunder-down-under French pleat…' A poem by a woman who wore size ten steel-toed boots. Making a spectacle of oneself can be a political strategy and an act of courage. Although she never strategized to be a feminist pioneer, that doesn’t lessen her courage. When Braid endures one job for six months, and all the men have fully accepted her as a colleague, and she can share their jibes and humour, she realizes it’s the most radical thing she has ever done.One of the best poems is one of the shortest. Braid describes the confusion she lately feels on the sidewalk whenever she passes a construction site, having left the trades. She momentarily yearns for the men to recognize her as a former equal, to acknowledge that she knows what they do, who they are. But the schism of conventional thinking, of sexism, divides her and she feels invisible to them. Someone from a different species. A woman..."

Read the entire review at http://www.abcbookworld.com/view_author.php?id=304
Posted by Dawn Marie Kresan at 10:28 AM 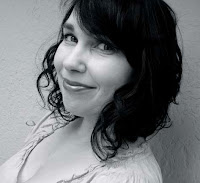 Labels: Palimpsest Press, Readings and Events
Newer Posts Older Posts Home
Subscribe to: Posts (Atom)
The only means of strengthening one's intellect is to make up one's mind about nothing, to let the mind be a thoroughfare for all thoughts. —John Keats