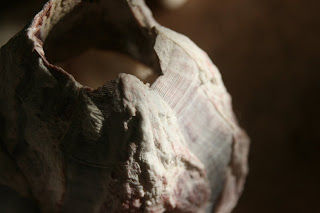 Posted by Dawn Marie Kresan at 11:34 PM Links to this post 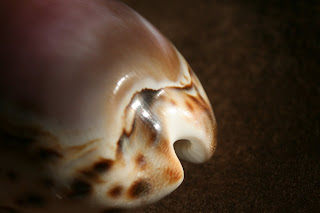 Posted by Dawn Marie Kresan at 11:00 PM Links to this post 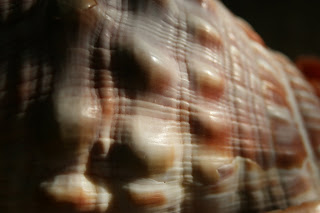 Posted by Dawn Marie Kresan at 10:57 PM Links to this post 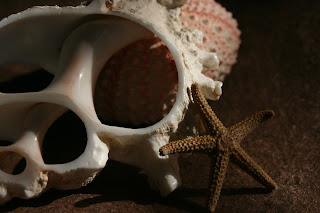 Posted by Dawn Marie Kresan at 10:55 PM Links to this post 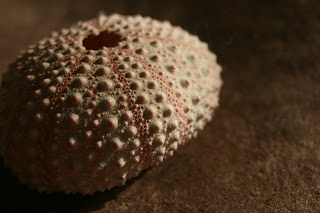 Posted by Dawn Marie Kresan at 10:52 PM Links to this post 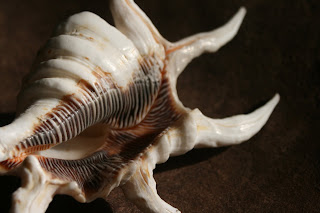 Posted by Dawn Marie Kresan at 10:45 PM Links to this post 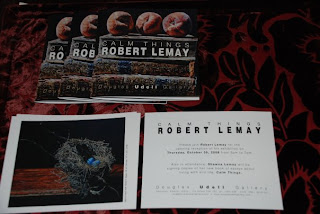 Shawna has teamed up with her husband, artist Robert Lemay, to have a joint function at the Douglas Udell Gallery, also in Edmonton.

The invitations read:
"Please join Robert Lemay for the opening reception for his exhibition on Thursday October 30th from 5 pm to 7 pm. Also in attendance, Shawna Lemay will be signing copies of her new book of essays about living with still life, Calm Things".

In Defense of Irreverent Humour for Children 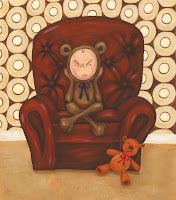 “[Many of the poems] would offend readers who share those names. Despite the intention to be playful, it is unlikely that the Hunters of the world would appreciate being labeled a liar or Calebs being labeled as manipulative. There is no context or story that might soften the harshness of the character descriptions.”
— from a review of The Naming Book of Rascally Rhymes
in The Canadian Review of Materials

Our culture has become increasingly sentimental over children. Although I enjoy reading books to my daughter about good-natured and affectionate children, should love and cuddles be the whole of children’s literature? I have read to her the Gillian poem from The Naming Book of Rascally Rhymes, and she loves the description of the disobedient gorilla-like girl. Nor do I think a boy named Hunter would find this description offensive:

"Poorly named Hunter is timid and meek.
Listen quite closely or you won’t hear him speak.
His whisper might contain messages prudent and wise,
But since you can’t hear him we'll assume they’re all lies."

The irony is in the name. Can children appreciate irony? — I think so. Just as they can appreciate the lines: “Caleb calls to his friends to come see what’s in store./ He can trick all the bullies into doing his menial chores.” Shouldn’t there be something gratifying in tricking a bully? This is a book of rascally rhymes after all. It is not a book called pious poems for well-behaved children. Yes the poems are quirky and sometimes a little off-colour, but why do we need to constantly wrap our children in a protective layer of vapid though well-meaning platitudes. I think this speaks more to what we, as parents, want to imagine about our children then of their own reality.

The rascals in Troutt’s poetry are sometimes rebellious and iconoclastic. They disobey their parents and ridicule social conventions. So much literature for children is characterized by didactic moralizing that I welcome a little rebellion. There is a place for books with homespun family values, but I don’t see why a little irreverence needs to be viewed as a threat. Do you really suspect that a child will roll a classmate into a sandwich like Rita? Or perhaps you think your child, unlike Ethan, never sneaks a cookie from the cookie jar. When I read this poem to my daughter she said with unrestrained delight, “he wasn’t suppose to take a cookie, but HE DID IT ANYWAY!” and then the laughter came. Children must obey their parents’ rules, and a challenge to this power dynamic is immensely appealing to them, even as fantasy.

Celebrated children’s author Shel Silverstein did not put forth a sentimentalized view of children. In his poem “How Not to Have to Dry the Dishes,” the narrator teaches children to break the dishes to get out of washing them again. In “Little Abigail and the Beautiful Pony” a girl imagines herself dying and her parents living to regret their refusal to buy her a pony. In Silverstein’s verse, children control adults through remote control, use trickery to get out of household chores, and sell unwanted parents at a yard sale.

Like Silverstein, Troutt’s humour is sometimes dark and edgy. And the children I have read these poems to think they are funny. They may not know what satire is but they understand the humour in the lines:

"Lisa watched the television
all day and all night.
Her hair caught reception,
giving her mother a fright.

It stands like an antenna
straight up from her head.
Now her eyes won’t close,
though she’s been sent to bed."

Troutt’s humour can also be light and absurd. There is fowl Frieda who “has toes that are webbed,/ long and skinny of leg./ If you didn’t know better/ you’d think she’d lay an egg.” In the same tone is the poem:

"Ian ate worms and toads
and rocks and snails a la mode.
His belly was sore and began to ache,
I guess he’ll pass on the mud-pie cake."

Some of the humour is just plain silly, like “Gillian, Gillian, would stomp like a gorillian” and Xavier who “is known/ for odd behaviour, brussel sprouts are/ his favorite flavour.” Troutt’s silliness also incorporates a child’s fascination with bodily functions. There is Ned who refuses to use a potty “preferring to be,/ in his diaper — a good place/ to poop and pee.” And then there is Zach who can be recognized by smell because he “was prone to sudden attach,/ his innards would squeeze/ and then let back.”

The children in Troutt’s book are eccentric, silly, mischievous, tough, moody, but also sweet, talented, funny and imaginative. There is Sarah who fights a sea monster and makes him her pet, “together they practice/ a ballet pirouette”, and Kalvin who collects “things curious and rare.” Indeed, the rascals are not always behaving poorly nor are they always good. If you have spent any time with children, this doesn’t seem all that far-fetched. Children are not idealized miniatures of us. They have complex personalities and we, as adults, should not patronize them with our own sentimentalizations about childhood or with preachy moralizing.

After reading this ridiculous review, I am feeling a lot like Ursula, who

"…woke/
to feel quite a bear.
Sitting quite frumpy
she’d stay in her chair.
When anyone tried
to brighten her mood,
it only intensified
her desire to brood."
Posted by Dawn Marie Kresan at 4:34 PM Links to this post

The Naming Book of Rascally Rhymes was released today. It can be purchased on the Palimpsest website, through other on-line chains, or at your local bookstore. If you are interested in reviewing this book on your blog, please contact Dawn at dawnkresan@palimpsestpress.ca. Below is the press release put out by my publicist, Kulsum Merchant. 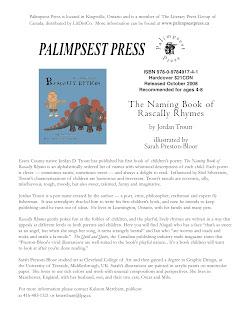 Posted by Dawn Marie Kresan at 11:35 AM Links to this post 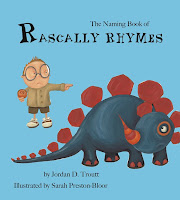 Here is a snippet from the Quill’s review…

“Twenty-six precocious youngsters eat, sing, and pirouette their way through Jordan D. Troutt’s first children’s book, The Naming Book of Rascally Rhymes. Troutt features one child for every letter of the alphabet, encapsulating their personality in a couple quirky stanzas. There is Dylan (who has a pet dinosaur named Rex), a timid boy called Hunter, and a TV-obsessed Lisa, to name a few.

The book was definitely designed to be read aloud. Sarah Preston-Bloor’s vivid, full-page illustrations are well-suited to the books’ playful nature. She uses acrylic paints on watercolour paper, giving Abigail, Rita, and the gang a rich, warm depth that will engage kids. The children in the story have little button noses and they’re often surrounded by animal friends, like puppies, cats, and baby chicks. It’s a book children will want to look at after you’re done reading.”
Posted by Dawn Marie Kresan at 6:01 PM Links to this post

The Migration Festival in Kingsville put on an amazing raptor show at Lakeside Park. 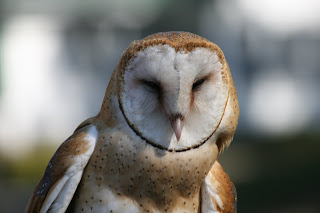 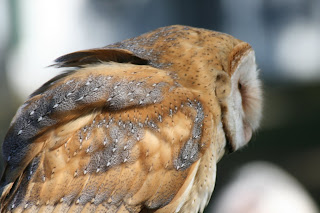 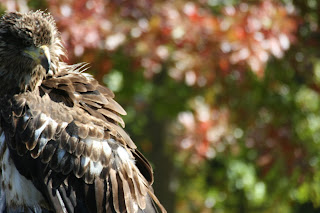 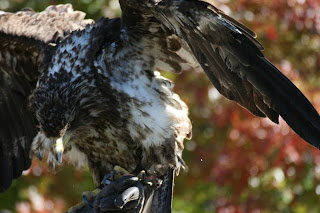 Posted by Dawn Marie Kresan at 1:01 PM Links to this post 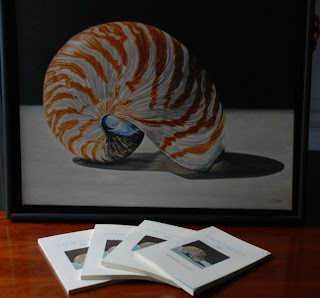 Calm Things
The term still life did not come into being until 1650. The French adopted the term nature morte, dead nature, around 1750. The painter de Chirico was said to have preferred the Italian term vita silente. The Japanese, however, call still life, calm things. Calm Things is the title essay of this collection of meditations on what it is like to live with still life, and to live poetically. Both an insider’s glimpse into the precarious world of artist and poet, and a long gaze at objects and the calm and silence they hold, these essays prize the ordinary, radiant gift of common things.

This morning I was in the midst of a lucid dream when I thought, hey, I might be writing some good shit, I should grab a pen to write down these poems. I was, in fact, composing poems in my dream. This is not the strange part. I frequently create poems while semi-conscious. Not much ever comes of it, since by the time I get up to fetch a pen and some paper, I have usually forgotten the lines and am left with the vague sense that I have lost something worth remembering.

This time I was determined not to forget. So I got up and went into the kitchen. Not long after I was leaning over a large slab of chocolate cake topped in vanilla with an icing bag in hand. Soon I was scribbling lines of pale blue as fast as I could pipe out frosted letters. Every time I changed my mind I had to edit the poem by scrapping the words off with a spatula. Yum… buttercream.

Then I woke up. Nothing like eating your own words.
Posted by Dawn Marie Kresan at 6:57 PM Links to this post

Labels: Catalogue of Dreams
Newer Posts Older Posts Home
Subscribe to: Posts (Atom)
The only means of strengthening one's intellect is to make up one's mind about nothing, to let the mind be a thoroughfare for all thoughts. —John Keats